You could probably have a fair crack at guessing where the defenders in this team might come from, but we do think Fulham’s midfield might have been a bit harshly treated for getting a slight runaround off of Tottenham.

Anyhoo, here’s the worst XI from this weekend’s VAR-ruined Premier League action, according to the WhoScored ratings, in a 4-2-3-1 this week.

GK: Dean Henderson – 5.26
There’s a few lucky goalkeepers knocking around this week. While your Jordan Pickfords and Nick Popes had fine games there were plenty of keepers who shat the entirety of the bed and, if we know Premier League footballers like we think we do, will surely have been scouring WhoScored nervously to see if anyone managed to get a lower mark.

The unlucky man left standing in this grim game of statistics-based musical chairs is Dean Henderson, whose individual match ratings in his six games thus far for Nottingham Forest tell a profound story: 7.05, 8.70, 7.77, 7.23, 4.40, 5.26. Does the algorithm contain additional specific punishment for shipping three goals in a single half to Bournemouth? Harsh if so, but also probably fair. Philip Billing’s goal to reduce Bournemouth’s deficit to 2-1 was certainly an absolute classic of the “Oof, what a thunderbastard!” on first viewing, “keeper will be disappointed not to have done better” on second viewing genre.

RB: James Justin – 5.71
A neat and tidy defence this week made up of players from the two most conspicuously scruffy and untidy defensive displays. Full-backs from Leicester, centre-backs from Leeds. The kindliest thing to say about Justin’s performance is that he was not his team’s worst full-back on Sunday.

CB: Diego Llorente – 4.73
Never a good sign when one team’s central defensive pairing makes this team, but also it’s pretty hard to argue when you watch the way Leeds bumblef*cked their way to a 5-2 defeat at Brentford, managing to concede even more goals there than Manchester United for goodness’ sake. It’s actually quite hard to record an official “error leading to a goal” on WhoScored, but Llorente achieved it in the grand manner on Saturday afternoon although in his defence – one admittedly as shonky as Leeds’ – it was all rather moot by then.

CB: Robin Koch – 5.17
Barely scraping a five and still comfortably Leeds’ best centre-back on the day. It really was a quite startlingly bad performance from Jesse Marsch’s gang, and no amount of VAR grumbling about penalties and whatnot should be allowed to mask that. Although it does raise the potentially interesting question of what mark the WhoScored computer would give VAR this week. Probably a really high one. Probably biased towards other computers, isn’t it? All stick together when it comes down to it, don’t they? Makes me sick.

LB: Luke Thomas – 5.07
Don’t score own goals in 5-2 defeats against teams who are legendarily if a touch unfairly famous for not managing to score many goals, is the lesson here. Incidentally, we enjoyed the “Weaknesses” listed by WhoScored for Leicester’s manager-jeopardising performance at the Amex: 1. Gave away a lot of free-kicks around the box; 2. Were caught offside often; 3. Committed a high number of individual errors; 4. Eczema. 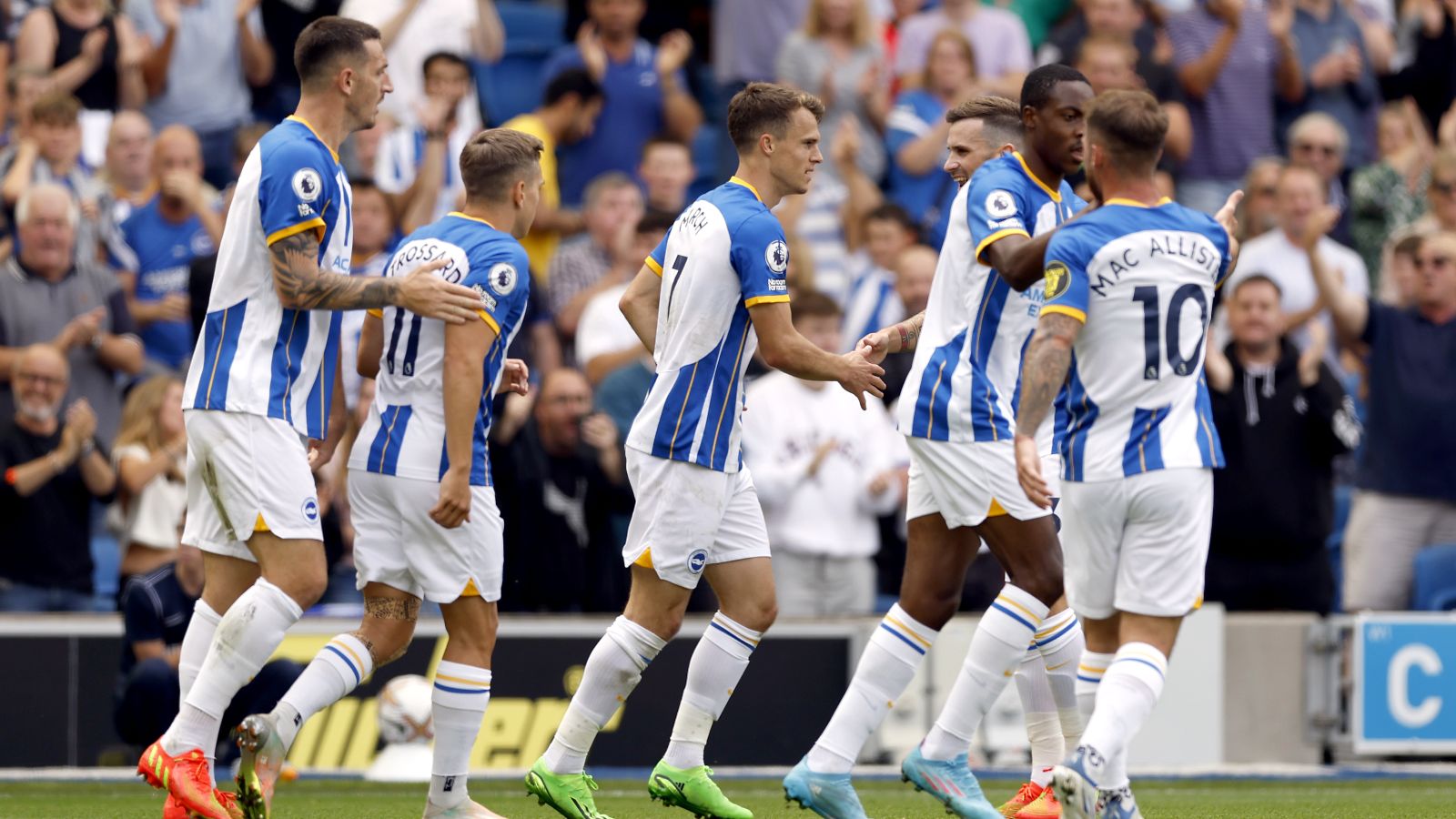 CM: Ibrahima Diallo – 6.02
Sometimes it can be quite hard to see precisely what it is about a particular performance that has so displeased the all-knowing boffins, and sometimes you give the ball away carelessly in the early stages to give the other team a clear chance, smash a shot wildly over the bar with obvious and better passing options available, get booked and just generally meander around the pitch about a yard off the pace before being put out of your misery with an hour played.

CM: Harrison Reed – 6.20
This one, for instance, feels a bit harsh. Fulham were somewhat overrun in a contest dominated by a Spurs midfield pairing that hasn’t always had things its own way this season, but hard to say Reed had a conspicuously dreadful day or anything. And there’s a lot more Fulham to come here as well.

AM: Neeskens Kebano – 5.96
We are obviously idiots because we actually thought he looked quite decent for an hour, giving Spurs wing-back Emerson Royal a fair bit to think about on a day when Tottenham’s defence otherwise had a generally straightforward time of things if Aleksandar Mitrovic didn’t have the ball.

AM: Adam Armstrong – 5.97
Suffers a bit on the old algo we reckon for having a specific task of tracking Pedro Neto when necessary, work which was carried out fairly diligently but scores few marks. Did waste a couple of decent openings, although not as absurdly as Che Adams who nevertheless escapes selection here. Still, two shots (neither on target), zero key passes and completing only 19 of 26 attempted passes hardly constitutes a successful afternoon’s work by any standards.

CF: Joe Gelhardt – 5.87
It was asking a lot of a 20-year-old making his fifth Premier League appearance to lead the line against a team as sure of what it’s doing as Brentford. And it turned out to be too much. While the attack was clearly not Leeds’ biggest problem on Saturday afternoon there’s little positive to say about Gelhardt’s contribution other than sympathy for the task he was charged with. But three shots, none on target and no other contribution to any of the attacking metrics is never going to end well for a striker who also manages to be dispossessed twice and miscontrol four times. Completing 92.3 per cent of your passes is encouraging, but only attempting 13 passes in an hour of football also kind of highlights the fact this was a game that passed Gelhardt by.